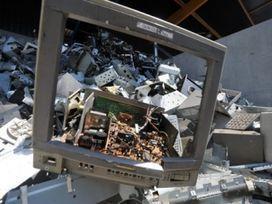 Published on December 7, 2016 by Stéphanie Senet, on the Journal de l'Environnement site.

"Published on December 7, a report by Friends of the Earth France reveals the failure of the recycling process for waste electrical and electronic equipment (WEEE), set up in France 10 years ago.

When you take a close look at it, the WEEE sector is not doing too well. Firstly, no more than 43% of equipment put on the market in 2015 is collected. “It must be understood that 57% of WEEE continues to evade the approved recycling and remediation systems " explains Camille Lecomte, production and consumption campaigner at Friends of the Earth. And yet the specifications assigned to eco-organizations, including Eco-systèmes and Ecologic, was for 45% to be collected in 2016 and 65% in 2019.

While the industry officially has a recycling rate of 80% of waste collected, the actual rate is 35% of waste produced, as this 36-page report demonstrates. This result is particularly worrying in that the consumption of new equipment, particularly mobile phones , is rocketing. Each person in French has on average 99 items of electrical and electronic equipment according to an Ipsos survey published in June. They each produce between 17 and 23 kg of WEEE each year.

Smartphones are a particularly striking example. Between 15 and 20 million new appliances are sold annually in France. And yet, only 15% of used phones actually enter a recycling process, according to the report by Marie-Christine Blandin presented on September 29."

Read the rest of the article by clicking here.

Author of the page 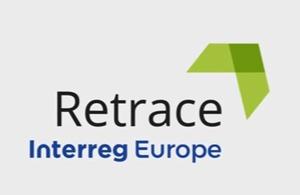 In the same themes

100 million worn out mobile phones in the wild in France!

On the network on the same themes

How Old Shoes Get Turned Into Ski Boots (Salomon)

Why some green policies can actually harm progress on climate change

Got a million dollard solution for sustainable cities

The toolbox from ECLAIRA newsletter no.14: Tourism: supporting the transition